Editing Black and White Images-more than you think? 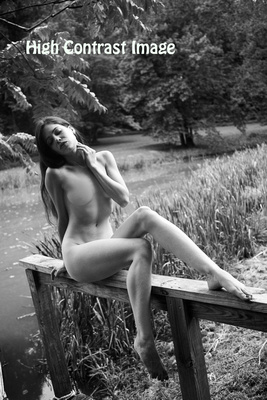 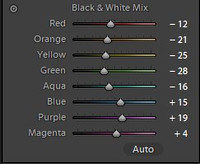 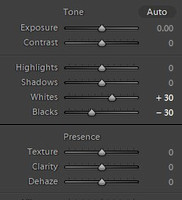 Editing black and white images in lightroom is not always as simple as adjusting contrast on images. Sometimes it can be a little more involved. Three common types of black and white images are high contrast as shown above where there is a very distinct separation of tones in the image. Low contrast, in which tones are a less distinct, and selenium which almost gives off a slightly silvery look to the image. In the high contrast image above, we can see that the white point (+30) is moved opposite and in equal magnitude to the black point (-30). The absolute values of course, are subject to individual taste however the principle of separating tones remains the same. We also see a type of serpentine adjustment to the B&W color mix (Normally set to zero). The reds,oranges, yellows, and sometimes greens are moved to the negative whereas the blues, purples, and magentas are moved to the positive side. 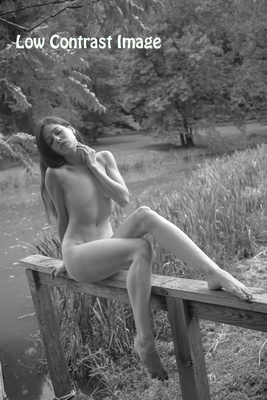 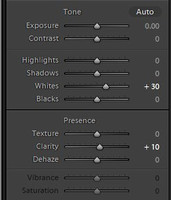 In low contrast images we see a very similar B&W mixture to what we have in the high contrast image, but very notable in that black is zero'd out and the whites are now at (+30).  Another significant difference is that we can see that the clarity slider has moved up to (+10), a control that affects contrast primarily in the midtones of an image. 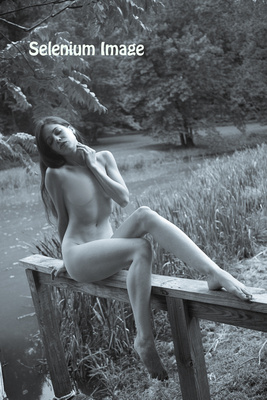 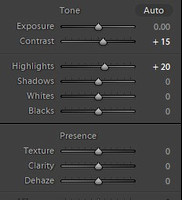 Interesting, in the selenium black and white image, the Black and White sliders are at zero in this case, the black and white mix is similar to to our other examples, but the highlights are pushed up to (+20), with the contrast control being pushed to a (+15).

The look of each of these b&w images are distinct, not only due to their black and white points, but to some other  important adjustments in tonal adjustments. Of course, we could continue to fine tune any of these images by moving the B&W mix or even  the dehaze slider.  Experiment with your next images, even if you don't normally produce black and white results you may be surprised at where your exploration leads you. As always, nothing is permanent in lightroom, the reset button is always right there!