Can lighting affect the perception of sharpness? 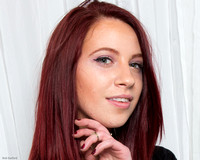 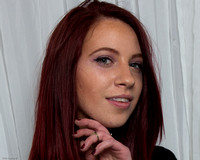 In many traditional discussions of photography, sharpness is often thought of in terms of Depth of Field (controlled by the the aperture), ISO, type of lens, type of camera, image stabilization, shutter speed and hand holding, as well and other factors such as atmospheric haze. But, is there a perception of sharpness depending upon lighting?

Most cameras have difficulty focusing in low light where there is not much contrast, but suppose the photographer does not necessarily want a 'perfectly' exposed image for any number of reasons. When working in low light low contrast situations, of course it is possible to manually focus but that can be sometimes difficult to get spot on depending upon the equipment used and experience of the photographer.

In the image above which may be considered 'exposed well' the image has a perception of being sharp. The second image was taken with EXACTLY the same equipment and camera settings, but the lighting was changed. The image to the right may 'appear' to be less sharp, especially around the eyes. The image is less contrasty, therefore the perception may be that the photographer may have missed focus even though from a camera/lens standpoint, things were executed identically.

In post processing, one could always adjust the image to brighten it, and if the image was shot in raw format, it is likely that very similar results could be accomplished. This assumes that the image was not dramatically under exposed and detail was lost. Depending upon the circumstances though, there is a risk of adding noise to the image by brightening the picture. Noise can be reduced using most photography editing programs, but that in itself could actually soften the image.

When making some of my images, I don't mind if the image is SLIGHTLY bright in camera. Obviously I do not want the image overexposed to the point of loosing detail, but a slightly hot image can be adjusted in post processing with little loss of image quality. Checking the histogram in the back of the camera, or even using a light meter may be a decent was of evaluating results. Displays on the back of camera can vary greatly, so short of turning on the 'blinkies' function, the back display may not yield great information. One other option would be to shoot tethered, but this option requires more hardware.

Consider shooting slightly bright on your next images, and see if you notice positive results!