Do you shoot with speedlights? 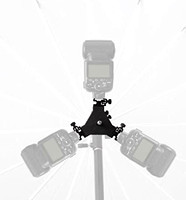 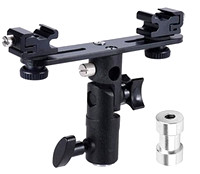 Do You Shoot with Speedlights?

Most of my studio work is performed with studio strobes, however many photographers have become very well known using primarily speedlights. There are many advantages to Speedlights  such as:

Of course, there are disadvantages as well:

Speedlights are certainly a worthy addition to almost any photographers collection. There are numerous modifiers that modifiers that can be purchased to aid in their abilities. Pictured above are speedlight supports than can house two or even three units attached to a lightstand. Add an umbrella to one of these units, and you have a reasonably large and light source with some punch behind it.  Wescott adapter

Even if you camera does not support communication with a certain model of speedlight, triggers can often be purchased for a fraction of one may spend for a trigger for a studio strobe  such as Newer Triggers.

When working in a studio, speedlights are capable of achieving the same lighting effects as studio strobes as long as one keeps an eye on power. Battery packs are of course available for speedlights such as the JJC rapid flash.  Spare batteries are often very affordable, compared to a spare battery for a studio strobe.

In the end analysis, if one has to travel light, speedlights are a hard item to beat, especially when shooting on location!