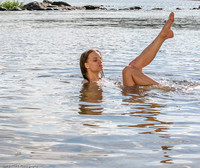 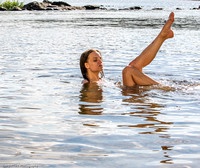 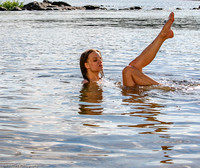 In lightroom there are two sliders that seemingly have similar functions, the Dehaze and Contrast sliders. In some cases, yes they can produce very similar results.  The Contrast slider is intended to make the darks darker and the lighter tones lighter, thus increasing contrast.  This can be an important tool, especially outdoors when one in photographing landscapes or landscapes with people.  Bright sunlight has a habit of reducing contrast which can result in desaturated colors and even images that appear a little fuzzy.

The Dehaze slider was introduced in photoshop and lightroom to reduce the atmospheric haze of distant objects which can leave certain objects less distinct.  This slider can be helpful early in the morning, later in the afternoon or even if there is a light fog anytime during the day. The dehazer can also be helpful in some cases to reduce glare on reflective surfaces. While true, a polarizer filter can certainly accomplish a similar task, it is most effective when the light source is at right angles to the filter.

In the first image above, I wanted to increase contrast, since the models skin was somewhat washed when I viewed it during the editing process.  Adding contrast did help a little, but it also increased some of the glare in the water as a result of making the whites whiter(second image). Dehaze works slightly different than contrast, in that it only focuses on the darker parts of an image, and leaves the whiter parts alone.  Using the dehaze function in the third image I was able to target the darker portions of the image increasing saturation of the skin and water but was also able to avoid the additional glare that I obtained with the contrast slider.

If one adds dehaze and contrast together, the result is often a very dark image, and is almost counterproductive. The next time you have an outdoor image, try the dehaze slider, even if the image does not appear to have need to this function. You may be surprised at the results!